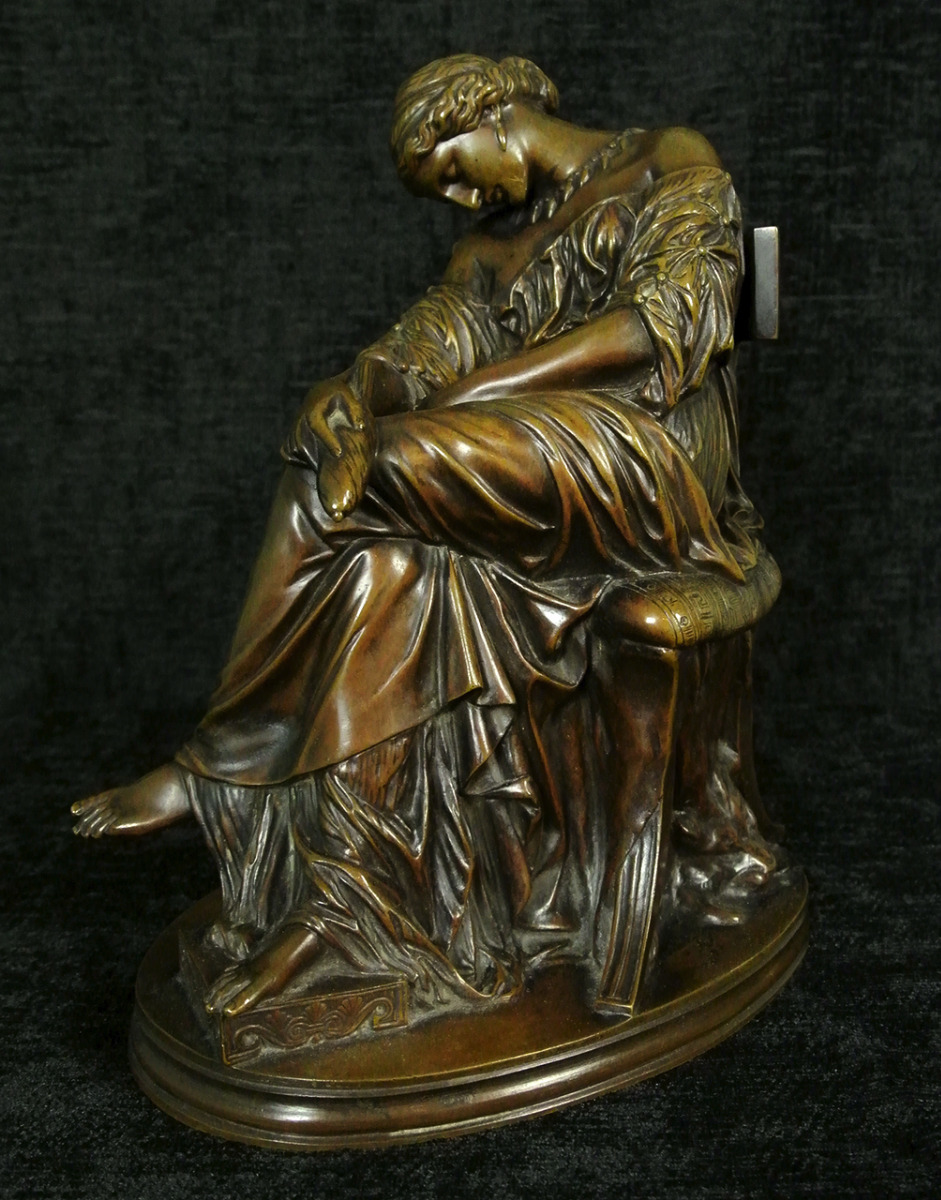 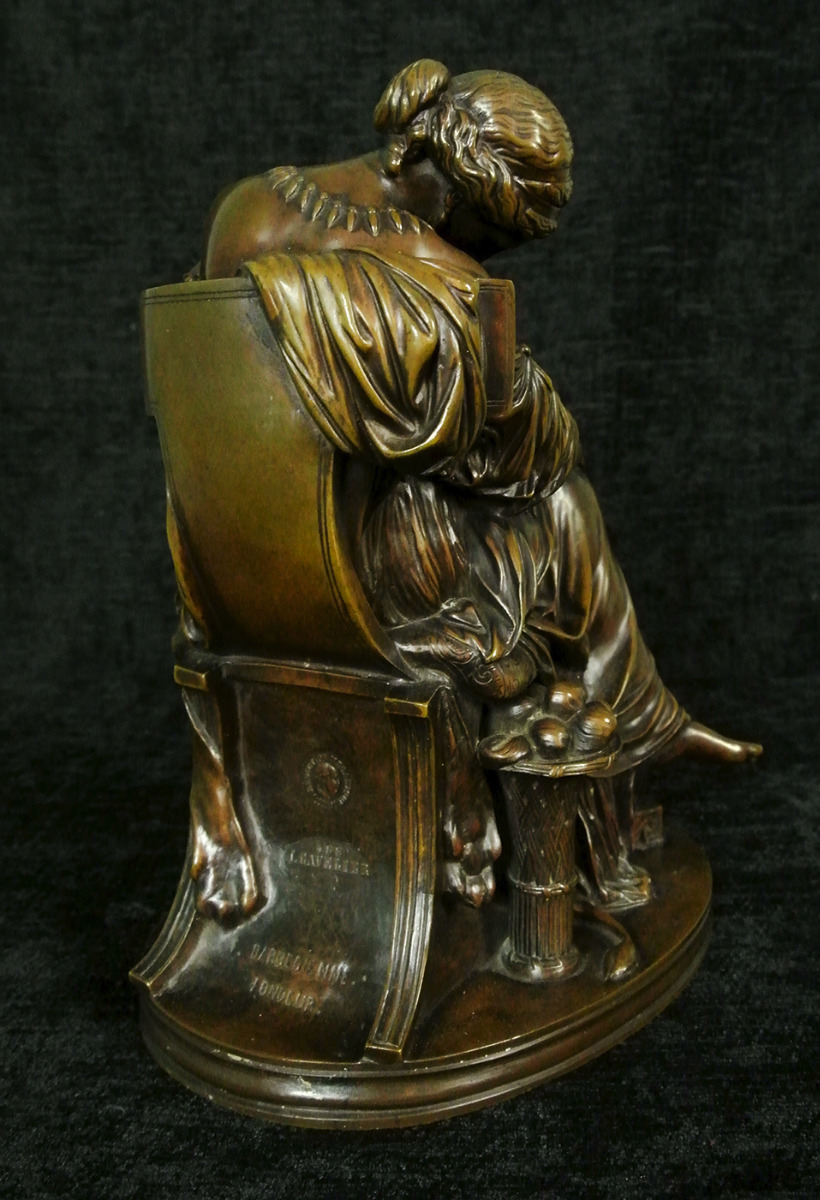 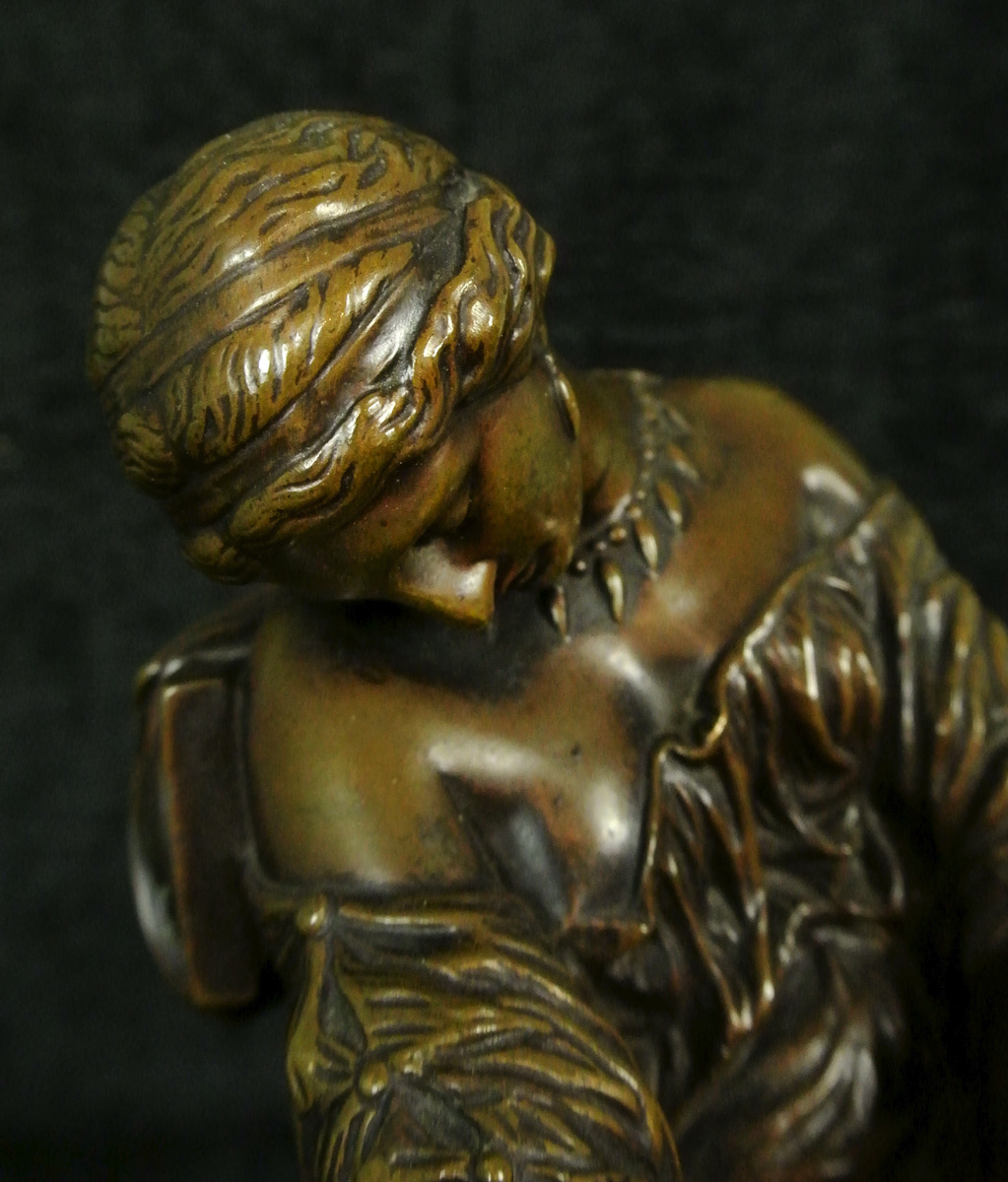 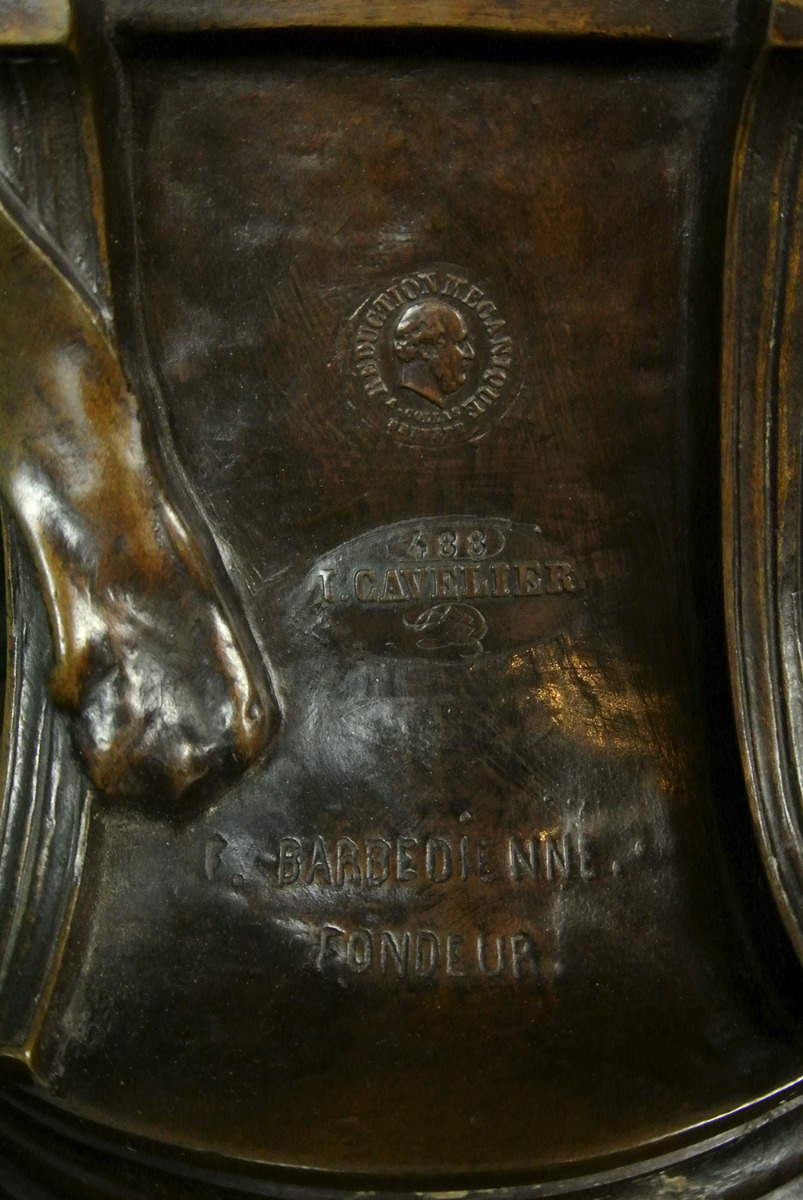 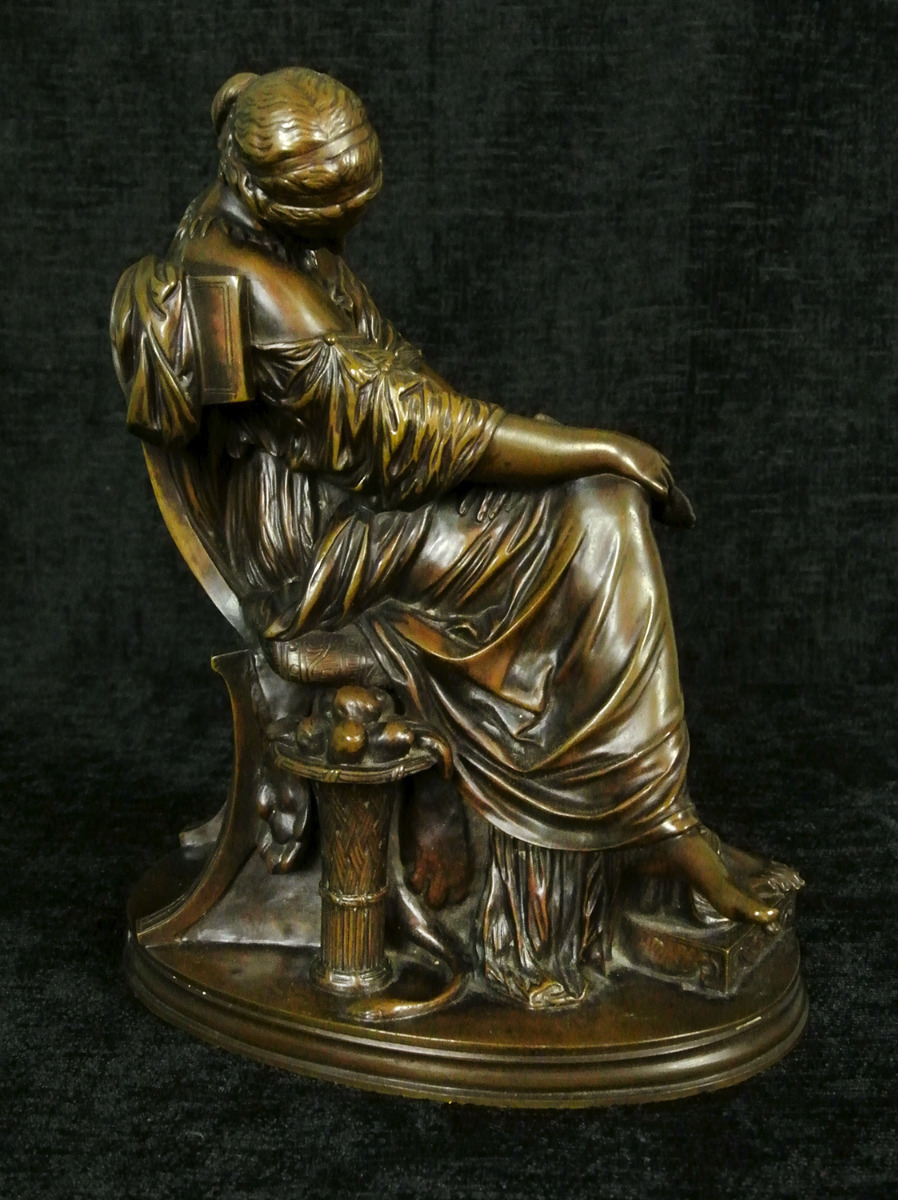 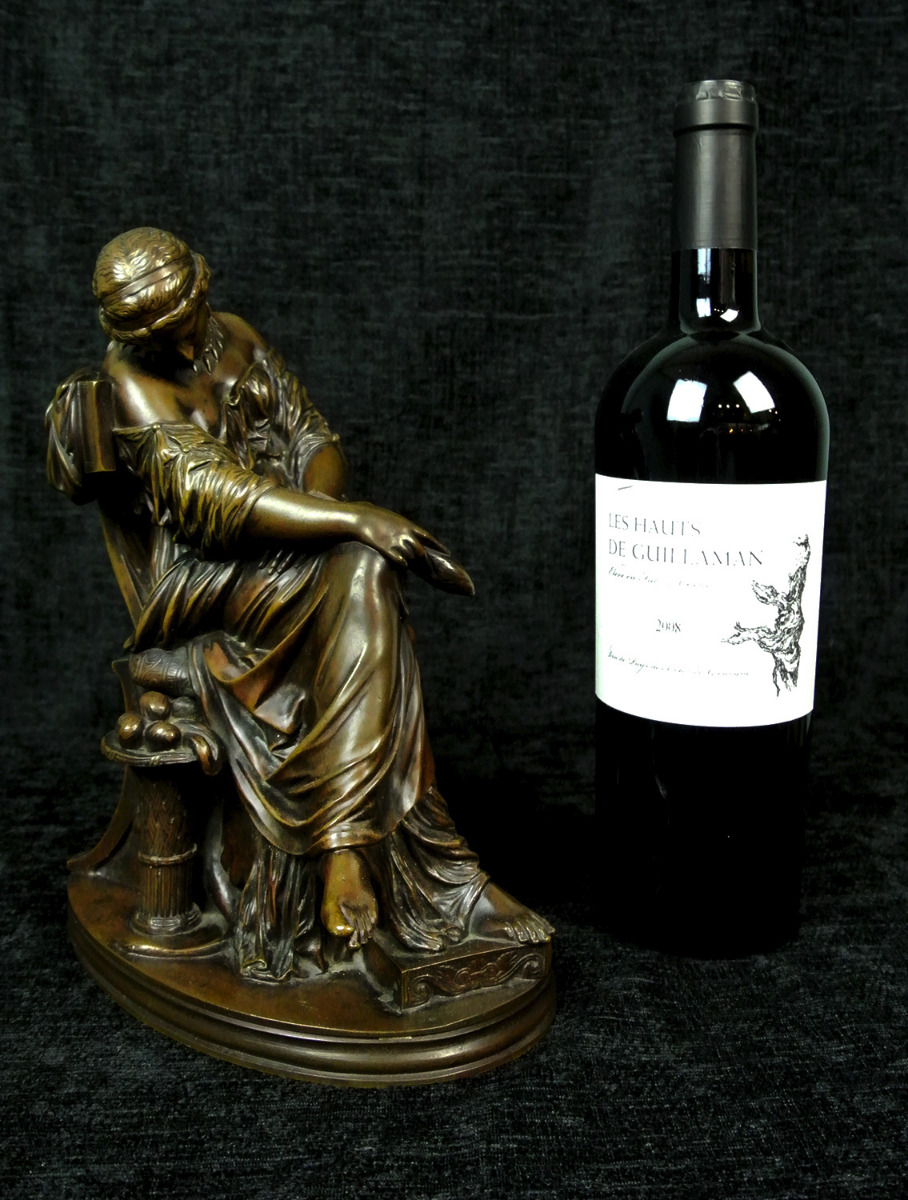 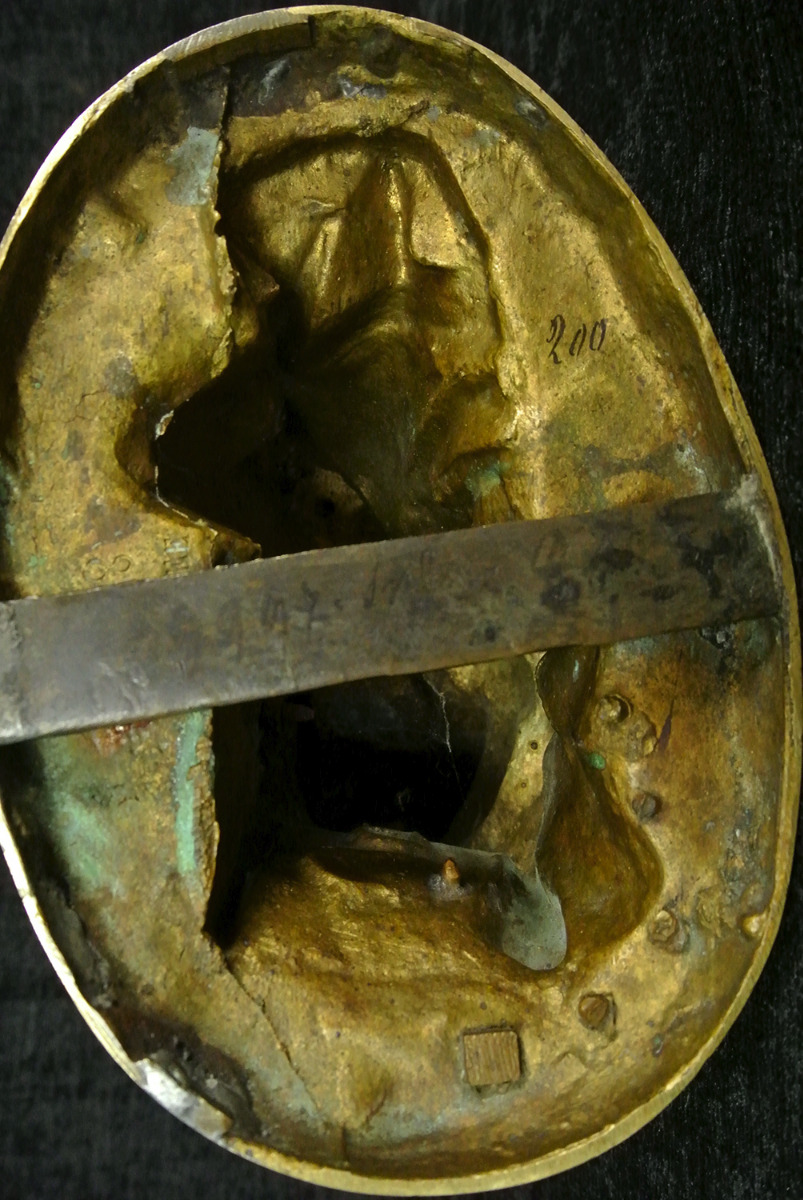 This bronze is of Homer's sleeping Penelope who, during her 20 year wait for her husband Odysseus to return from the Trojan wars, found many clever ways to delay the dozens of suitors who begged to marry her. Each day she worked weaving a shroud for her father in law Laertes, claiming she would choose a suitor when she completed the task - and each night she unravelled her work. In Penelope's hand is a spool of yarn and further spools at her feet.

The figure of sleeping Penelope was sculpted in marble by Pierre-Jules Cavelier (b. 1814 d. 1894) and when first exhibited the sculpture received great acclaim and won Cavelier a first class medal and medal of honour at the 1849 Paris Salon Exhibition. The critics were unanimous that “With his Penelope Asleep, Mr Cavelier has established himself as one of the greatest modern sculptors. This figure, slumped in her chaste cloths, succumbed to the fatigue of labour, with the modest and severe grace of the glorious days of Antiquity; thus the work was a true success: not a single contradictory review clouded the chorus of praise: artist and society people were equally captivated” (Les Beaux-Arts en Europe, 1855). The cloths are of a remarkable virtuosity which was rarely achieved in sculpture at the time, combining naturalism and a reference to Greco-Roman art with a tempered romantic sensitivity.

Cavelier drew his inspiration from antique statuary throughout his career. The original of Penelope Asleep is in the Musee d'Orsay, in Paris.

This beautiful Penelope, depicted draped in the finest cloth, is a sand cast bronze by The Barbedienne foundry which was set up in 1838 by Ferdinand Barbedienne and Achille Collas ('Reduction Mechanique A Collas Brevete'). The foundry intricately and faithfully produced bronze figures of renowned statues and the produced pieces of the highest quality, working closely with many famous artists. These works are quite scarce. The sculpture is very detailed The bronze bears the foundry stamp, the names of Barbedienne and Collas, and is stamped J Cavelier alongside the unique number 488. On the underside is gilt washed and bears the handwritten number 200, a further stamp for the foundry and the post production marking of 83. On the bearer is a illegible signature alongside what appears to be a further handwritten number.