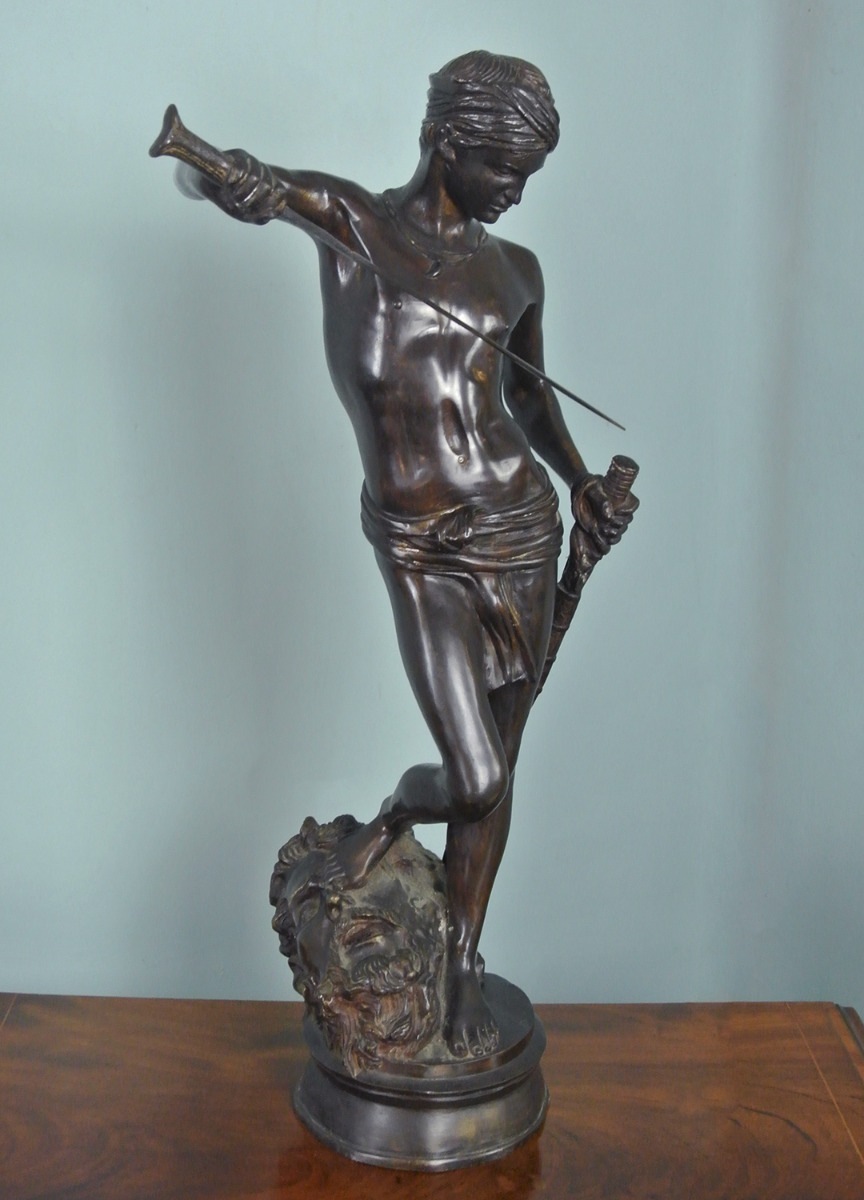 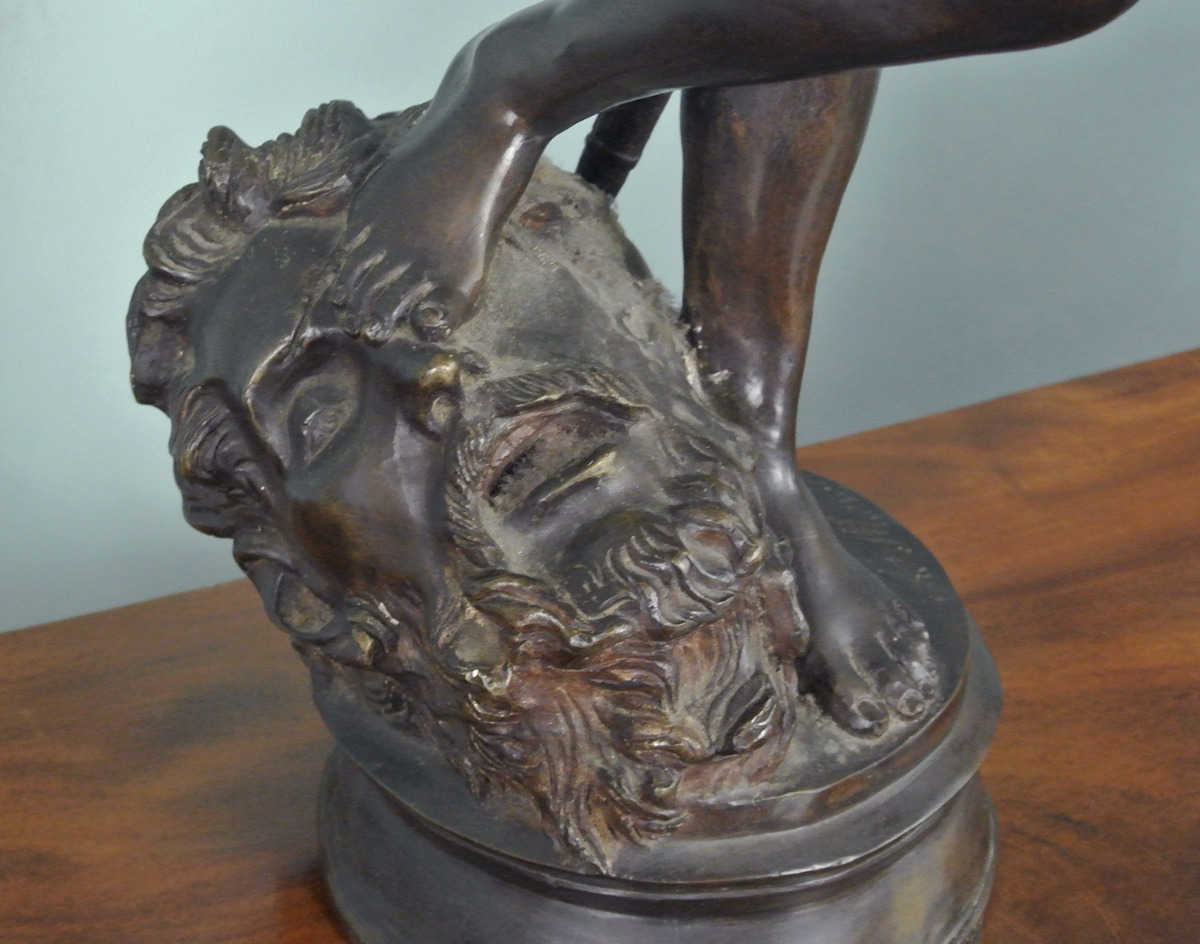 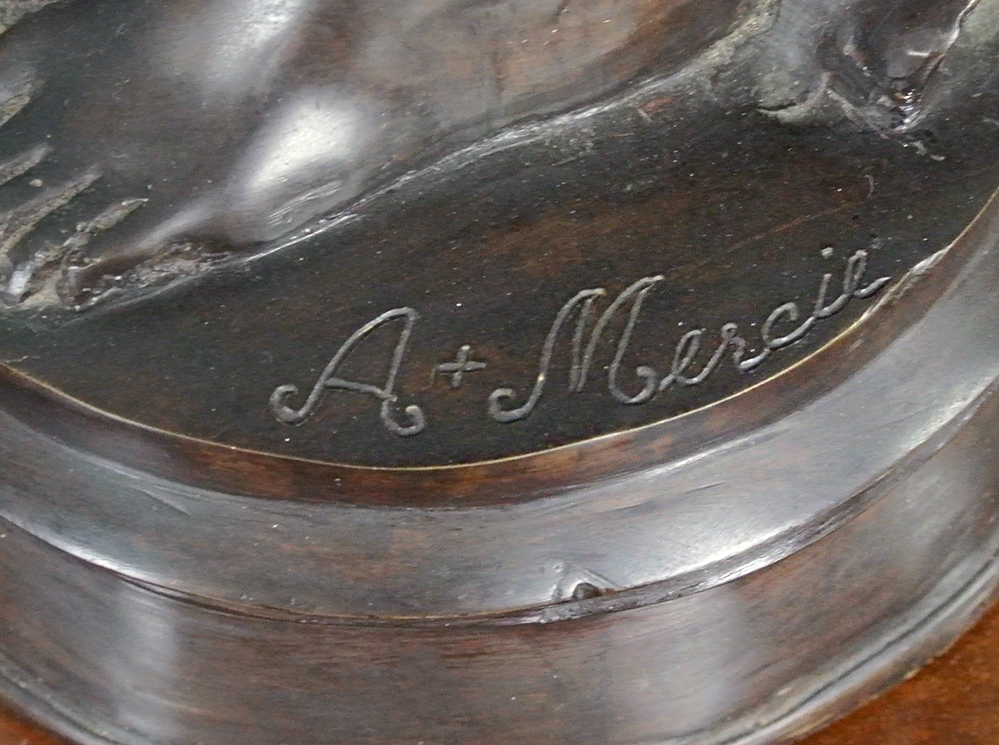 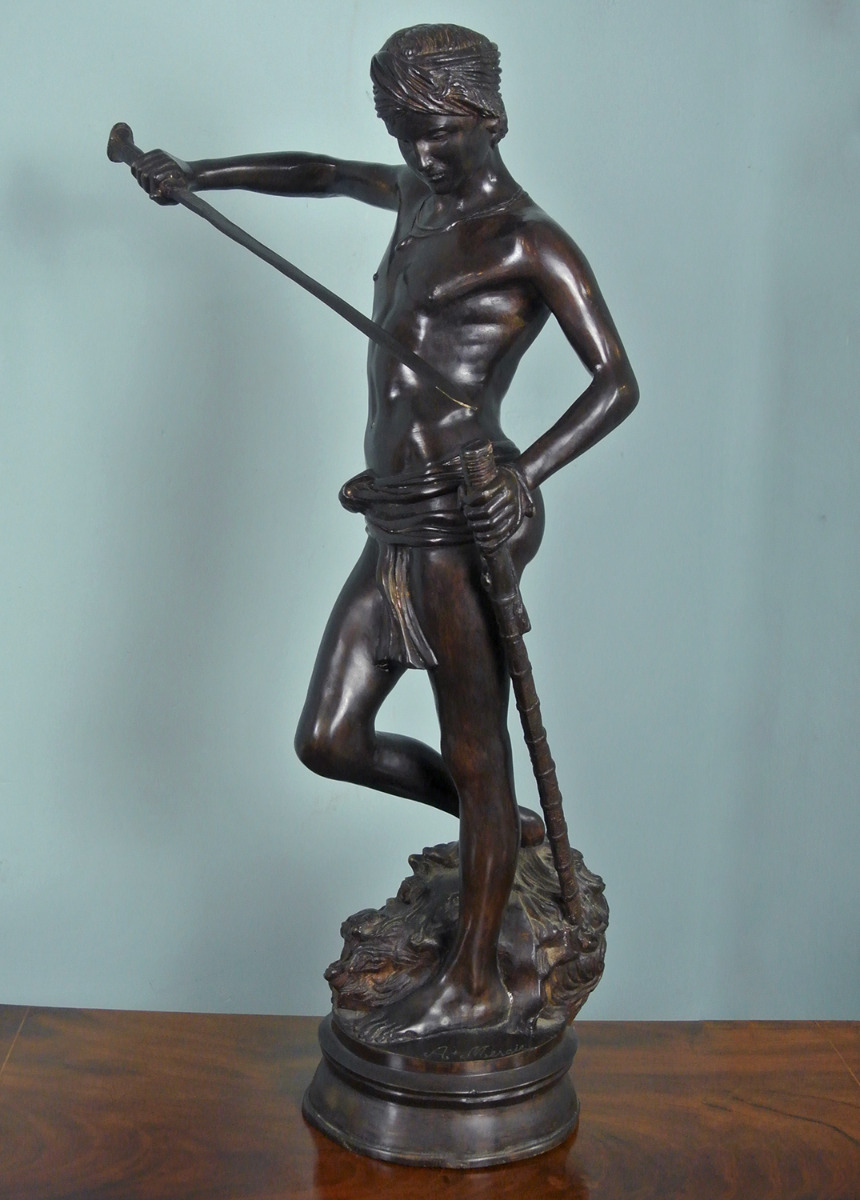 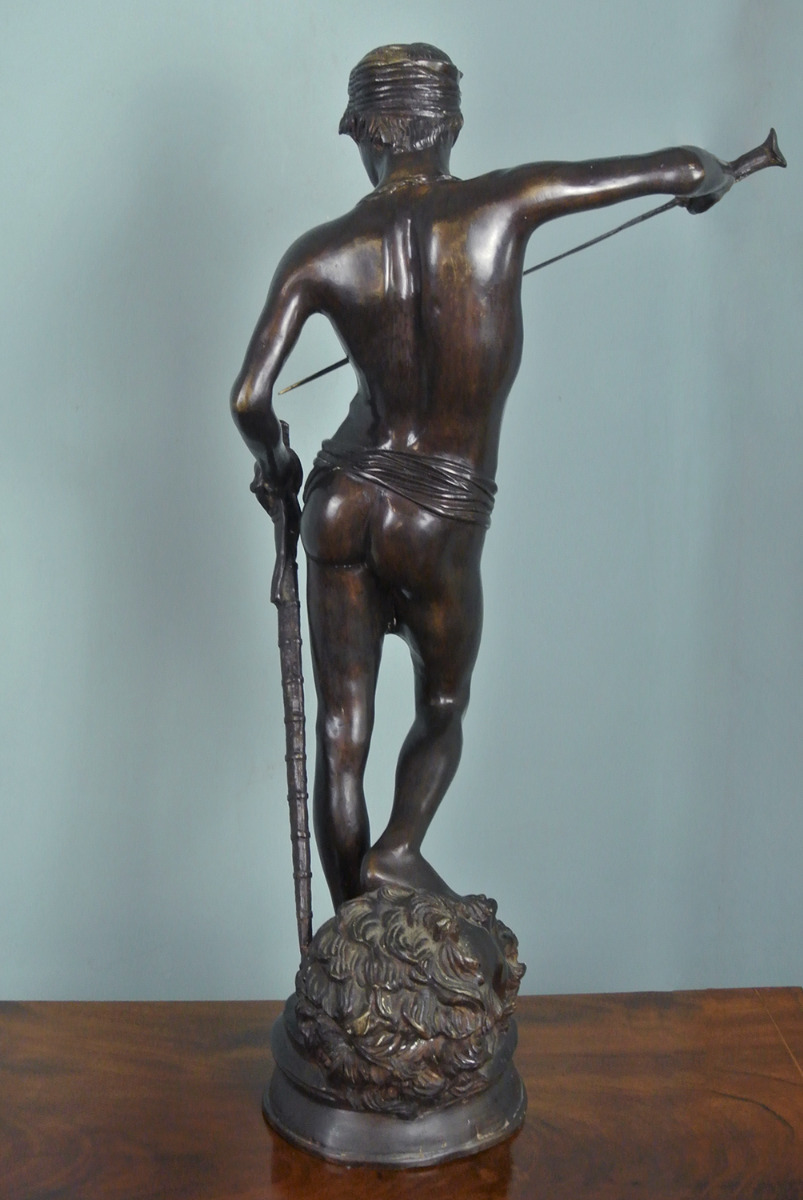 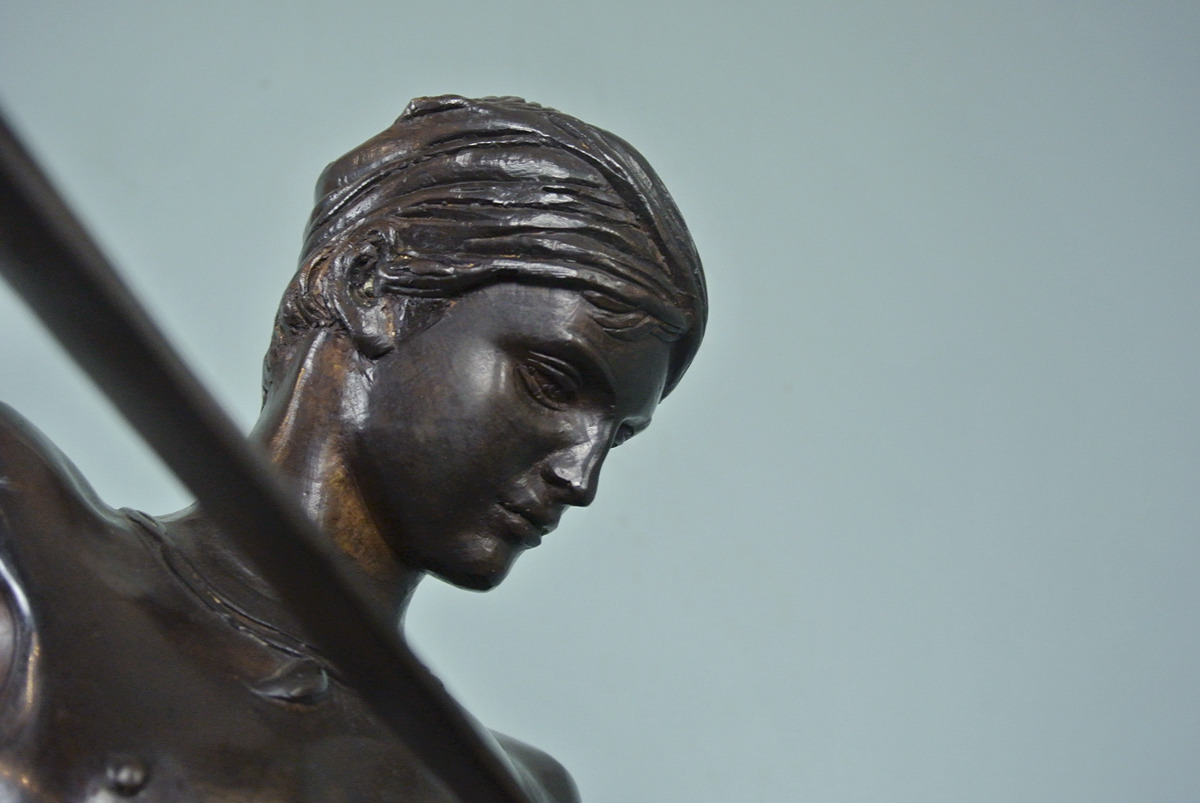 For metric please multiply by 2.5
Full Description
Depicting the biblical hero with the head of Goliath at his feet. In the manner of sculpture by the Renaissance master, Donatello. The original was sculpted and cast in 1870 and can now be seen at the Museum d’Orsay.

Mercié was one of the most successful and acclaimed sculptors of the 19th century. He studied at École des Beaux-Arts in Paris and gained huge recognition from a young age. In 1868 at the age of 23 he won the Grand Prix de Rome.

In 1872 he achieved a gold medal for David (entitled 'David Vainqueur de Goliath') and an honorary medal of the Salon des Moins de 30 Ans which supported and promoted artists under the age 30.

In 1878 he won the Grand Prix at the Exposition Universelle and held posts within the Institut des Beaux-Arts, as President of the Societé des Artistes Français, and as Grand Officier de la Légion d’Honneur.

His works reside in museums across France, Europe and North America, including the National Gallery of Art in Washington, the Courtauld Institute of Art in London, Musee des Augustin in Toulouse, and the Walters Art Museum in Baltimore, among others.

This large example stands 69 cms high and is very heavy and sturdy. The figure is in excellent original condition.

This bronze was cast between 1890 and 1920,  the underside is gilt washed.   In excellent condition, finely chased, and with a really attractive original dark brown patina.