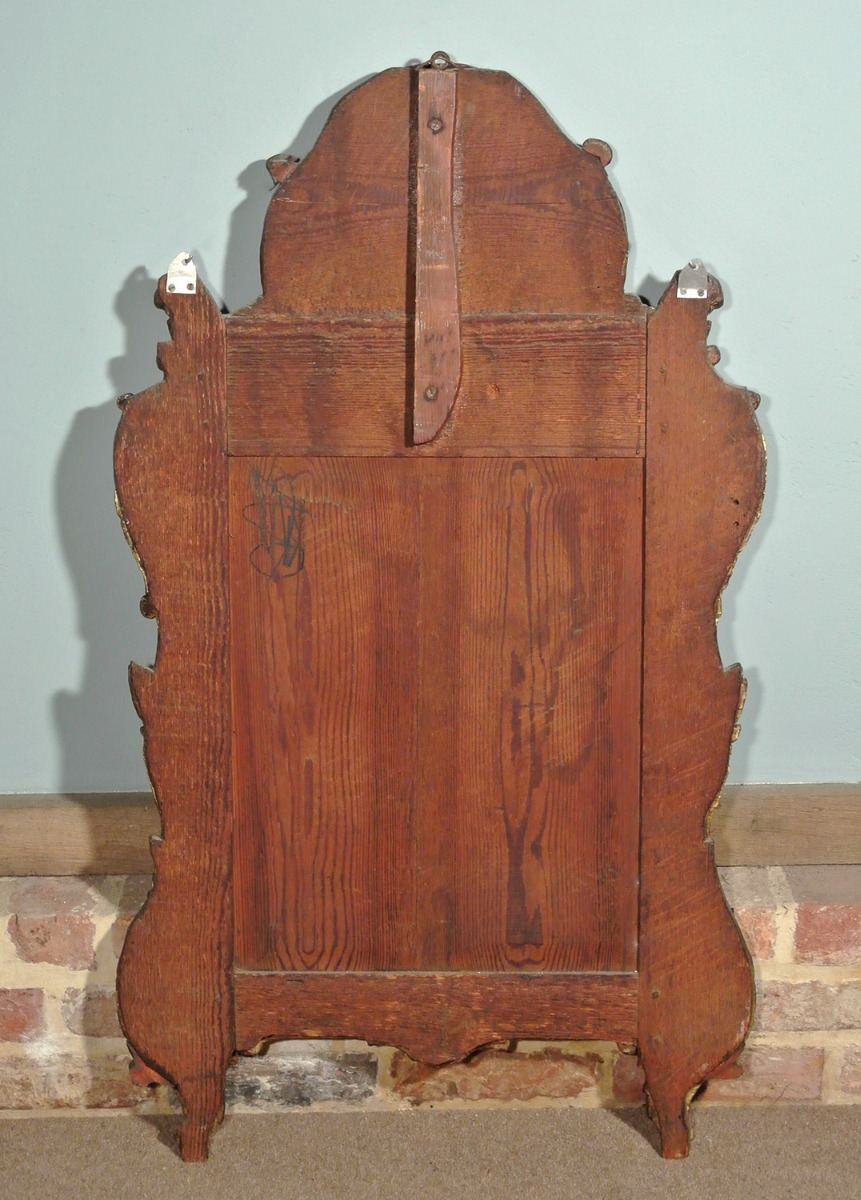 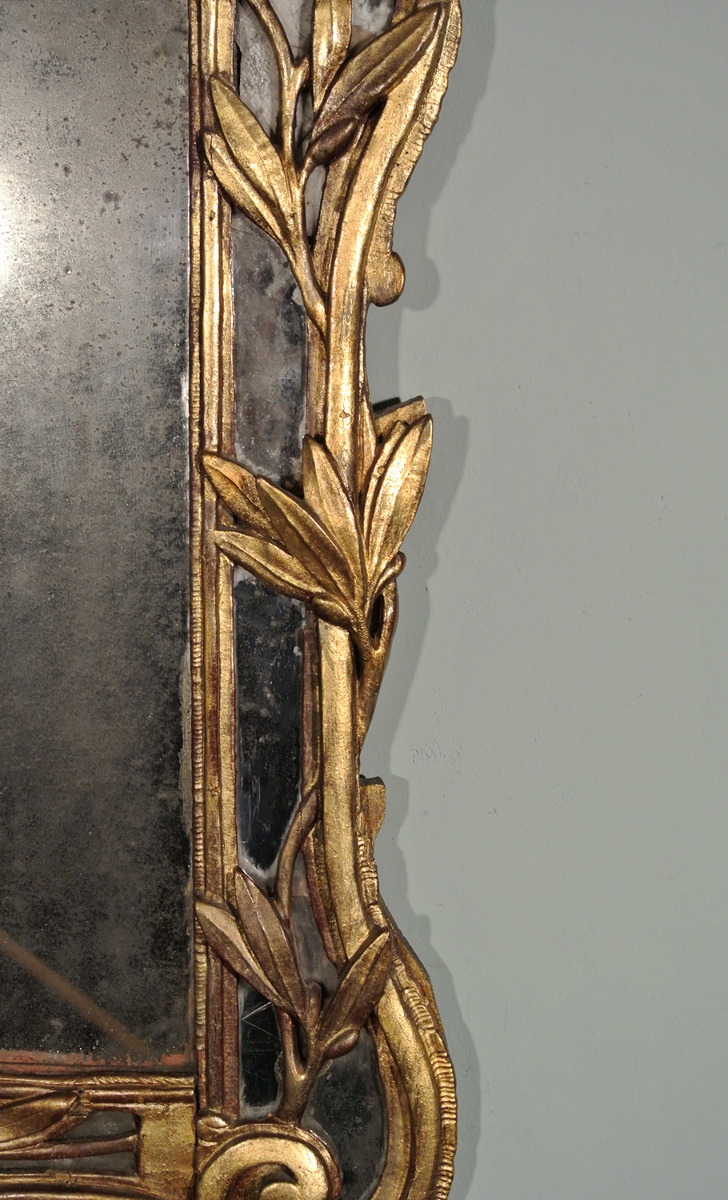 From the estate of Elizabeth Pepys-Cockerell and of her husband John Pepys-Cockerell
Dated
18th Century
Dimensions
24 inches wide and 40 inches high.

Original backboards. Minor restoration - the cresting having broken away many years ago, repaired and supported now with additional brace as shown. The mirror has some re-gilding and fine well executed professional repairs consistent with age. The backboards with later brass mounts allowing it to be hung either with picture wire or on hooks fixed to the wall.

Very heavy, robust and substantial. Two of the small surrounding mirror plates have very old fractures but are stable. The plates attractively and naturally foxed but still reflecting well as shown in the photographs and having a lovely atmospheric silver grey hue.

Samuel Pepys was a much admired British Member of Parliament and Administrator of the navy in England. He had no naval experience but was exceptionally able and hard working. He was appointed Chief Secretary of the Admiralty under both King Charles II and King James II and was influential in creating a professional and reformed Royal Navy. During his lifetime he was famous for his work and intellect, later being appointed a Fellow of the Royal Society. In his youth he kept a private diary (1660 until 1669) which was first examined at the beginning of the 19th century and became a first hand eyewitness source and important source for events of the Restoration period including the great fire of London and Great Plague. And his fame is now in connection with his posthumously discovered diary rather than the great achievements of his life.

Samuel Pepys died in 1703 aged 70 without an heir and his nephew, John Jackson, inherited his estate. John Jackson b 1673 d 1724. Johns daughter Frances Jackson (b 1721 d 1769) was therefore the great niece of Samuel Pepys. Frances married John Cockerell of Bishops Hull in Somerset - the name John Cockerell having been passed from father to son for generations. Samuel Pepys Cockerell (b 1753 d 1827) was the son of Frances and John and thus a direct descendant of the diarist Samuel Pepys. He was a British architect and his brother was Sir Charles Cockerell, 1st Baronet, for whom Samuel Pepys Cockerell designed a large country house and estate in the Cotswolds called Sezincote which was built in 1803.

Provenance: From the estate of Elizabeth Pepys-Cockerell and of her husband John Pepys-Cockerell who is the direct descendent of Samuel Pepys Cockerell and thus a direct descendent of Samuel Pepys. The family are longstanding and possessions have been passed from generation to generation. Further enquiries regarding the mirrors history within the family are in progress.