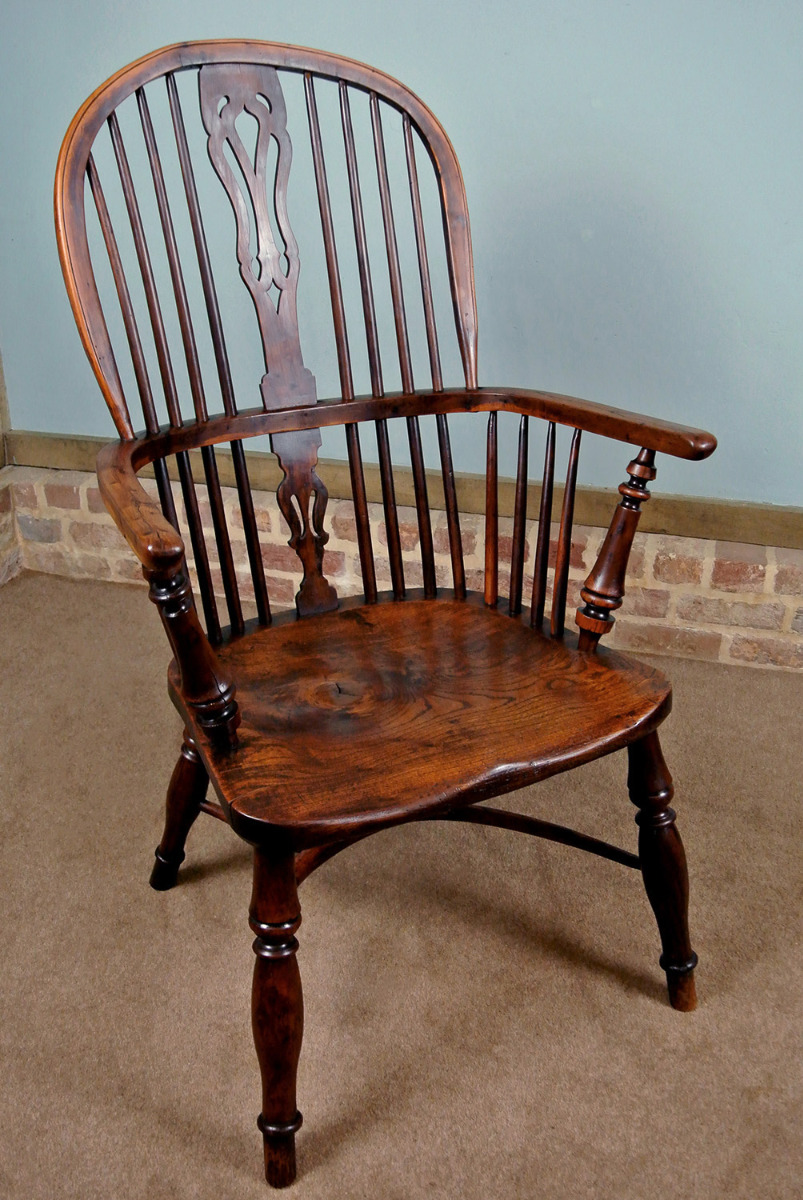 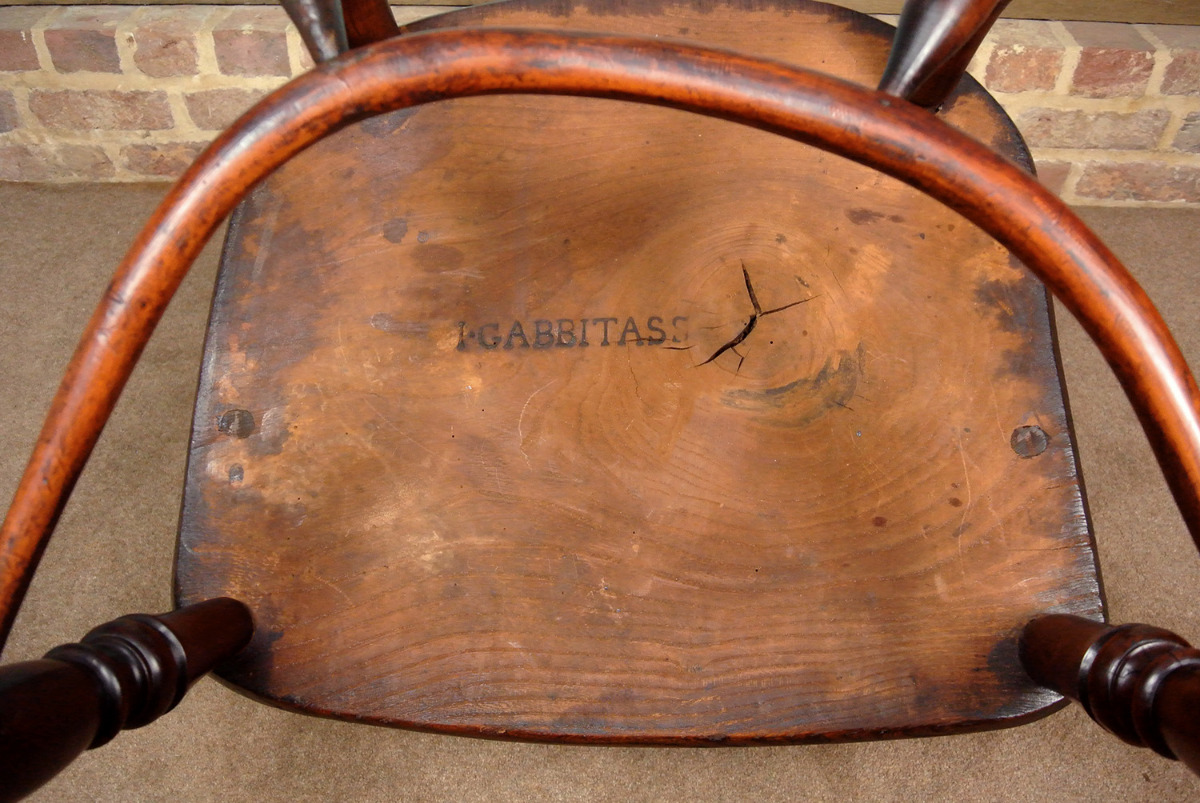 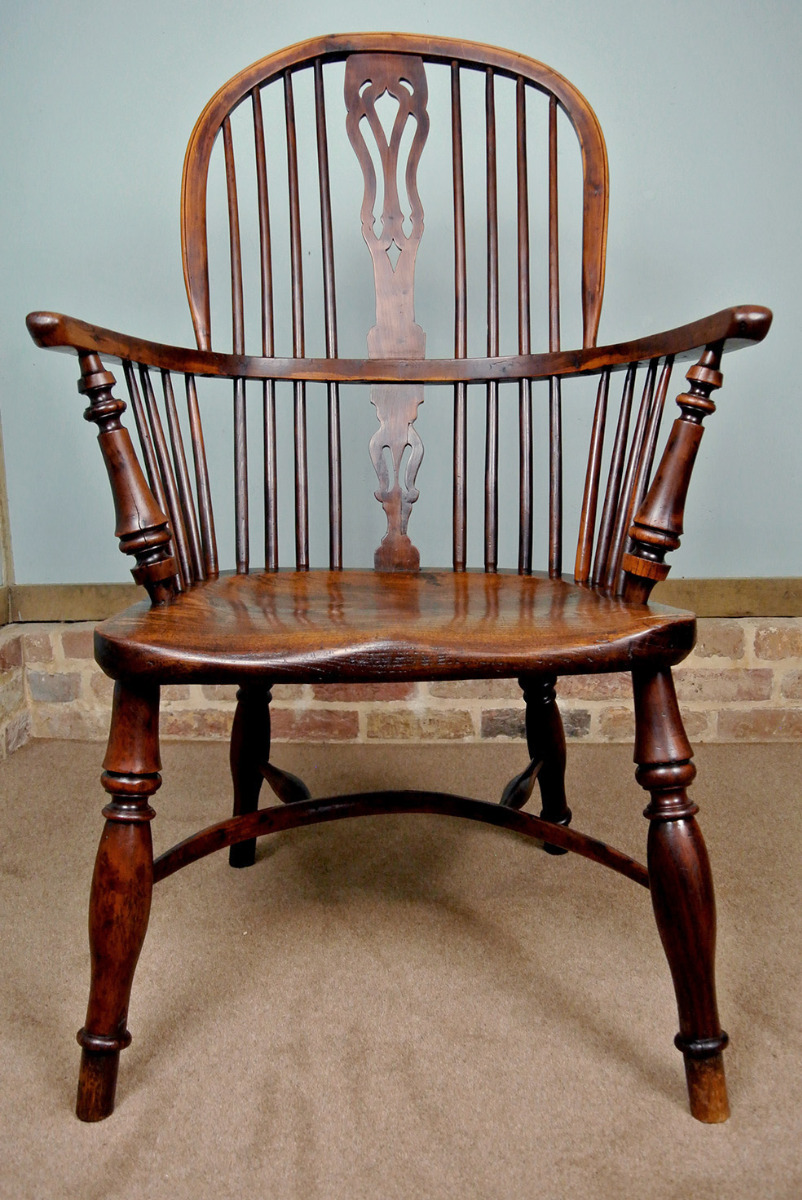 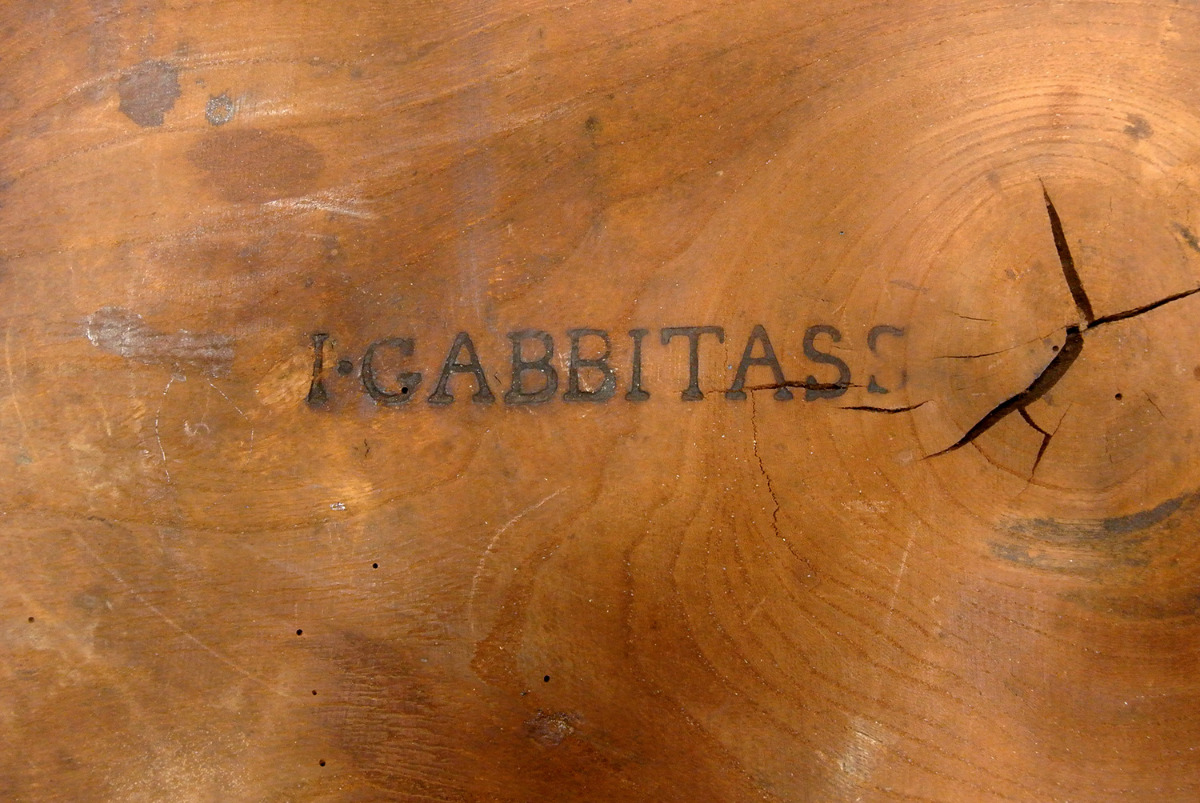 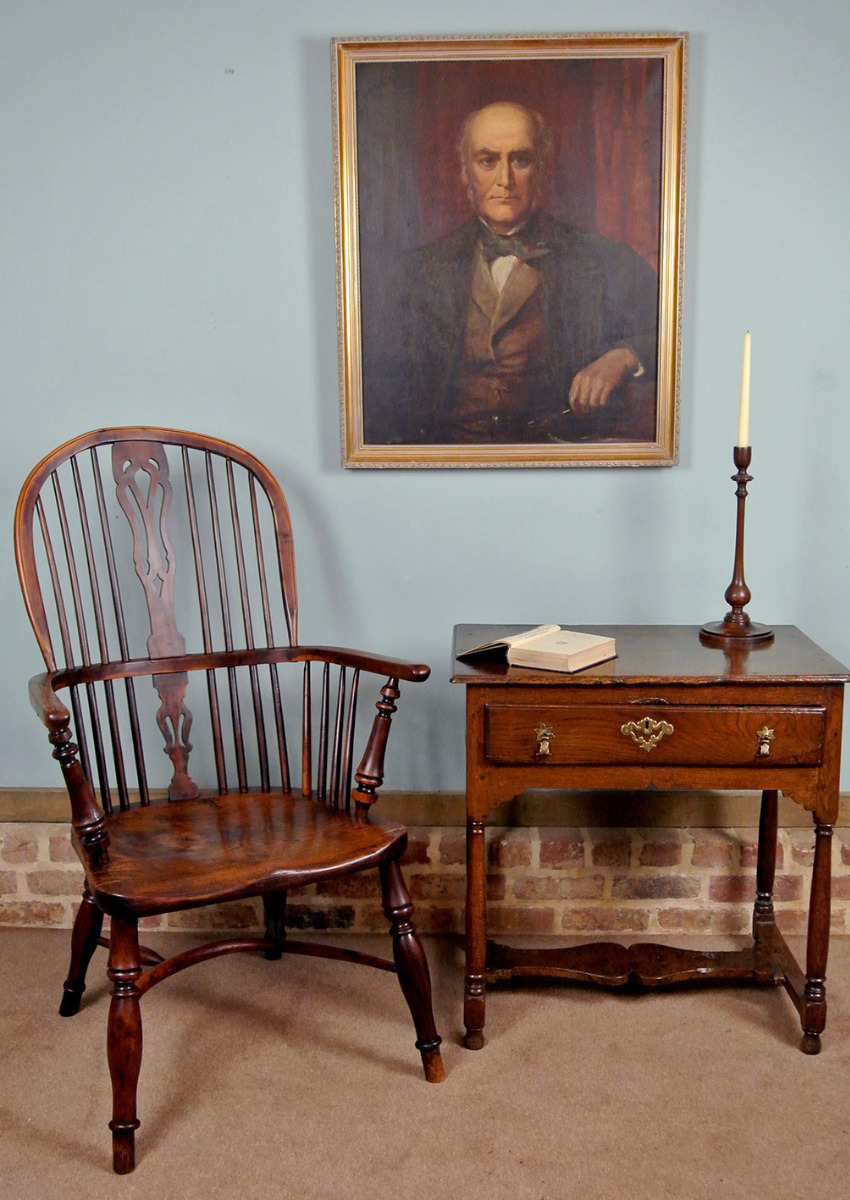 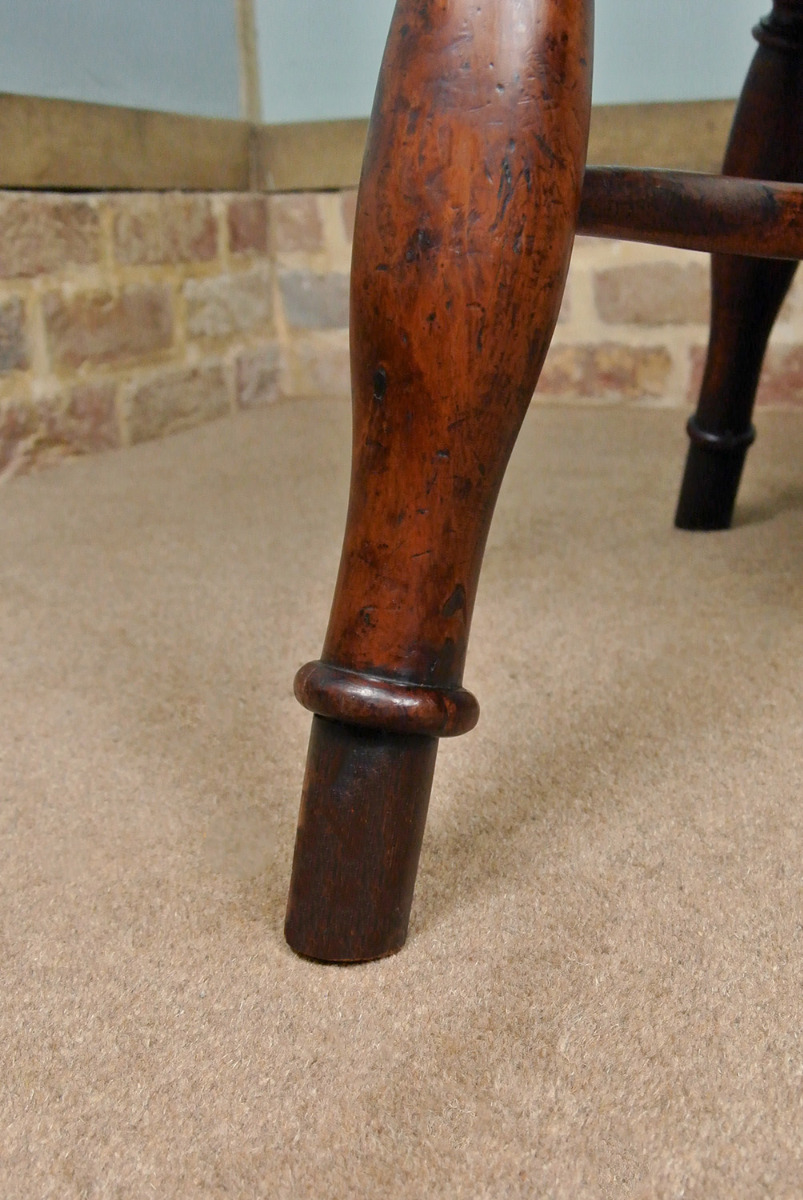 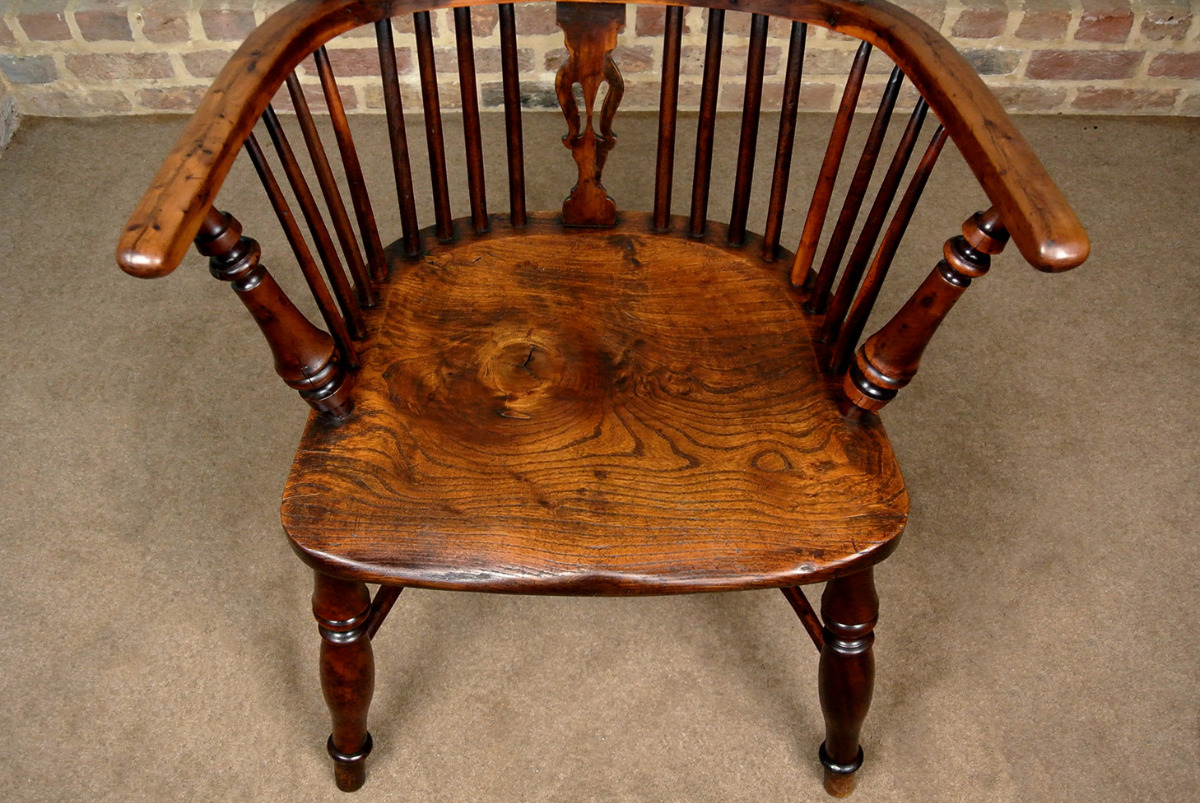 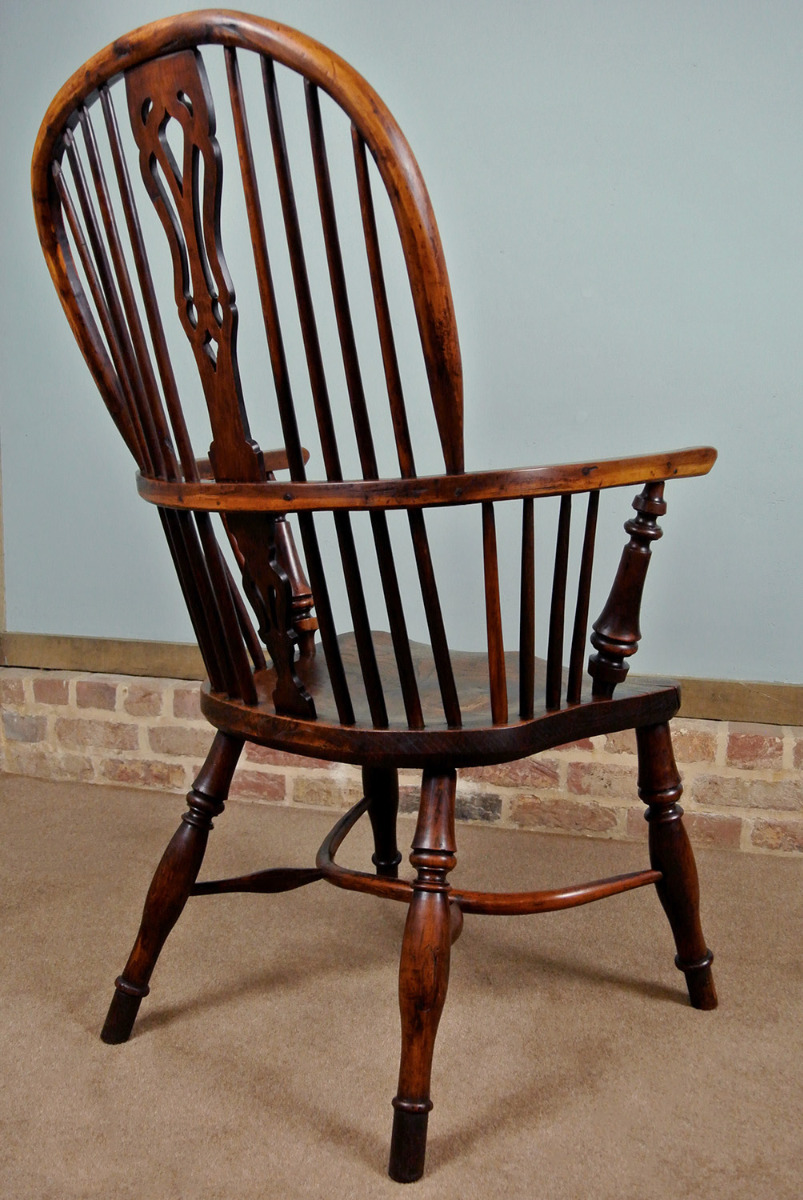 An exceptionally rare and very fine quality high back yew wood Windsor armchair made by John Gabbitass of Worksop, Nottinghamshire
Enquire about this item
£2,800
Dated
c. 1825
Dimensions
Height is 44.5 inches
Height from seat to top of back is 29 inches
Width max outside arm to outside arm is 27 inches
Width between the arms is 24 inches
Depth of the seat is 17.5 inches
Floor to top of arm is 29 inches
Floor to seat is 17.5 inches

For metric please multiply by 2.5
Full Description
An exceptionally rare and very fine quality high back yew wood Windsor armchair made by John Gabbitass of Worksop, Nottinghamshire between 1822 and 1828.

John was the first Workshop Master to use a mark and until now only three fine Windsor chairs bearing Johns mark have ever been recorded and each is in a private or museum collection. Each is branded under the seat I GABBITASS and this chair is believed to be only the fourth discovered. It is an extremely rare and fine chair by a renowned top quality maker.

In 1822 with his 22 year old wife Elizabeth, John moved to Worksop Common and there he introduced the new trade of chair making to the town. He was one of the finest chair makers of the period. He started the workshop with his younger brother Henry and within a few years they employed a few local men and apprentices. Windsor chairs were thereafter produced in Worksop by the Gabbitass workshop and by a number of other companies and continued to be made until the early 1900s.

John died on 26 August 1839 and the business passed to his wife Elizabeth who continued to manage the day to day business as she had always done. A wide range of designs were produced and from around 1830 the characteristic bulbous club foot appeared on Gabbitass chairs, probably to further differentiate these in style from other nearby workshops. After Elizabeth inherited the business in 1839 her chairs were stamped on the seat rail with E. Gabbitass, Worksop and she sold them far and wide, taking them by horse and cart to surrounding counties. Johns brother Henry took over the business from Elizabeth when she remarried in c. 1850 and thereafter the workshop continued in the family until the later 1800s but the chairs were no longer marked.

Solid yew with an elm saddle seat with a beautiful colour and patina with solid joints. The cut outs in the back splat in the form of a stylised fleur-de-lys and the three ring turning to the arm supports characteristic of the Gabbitass Workshop. The feet have been retipped by an inch or so, long ago and a professional restoration common on such early Windsors due to wear and daily use on damp stone and brick floors. No damage, joints are tight and no evidence of worm or other restorations.

A collectors chair and a beautiful example in yew of superb colour and a rich natural patination.